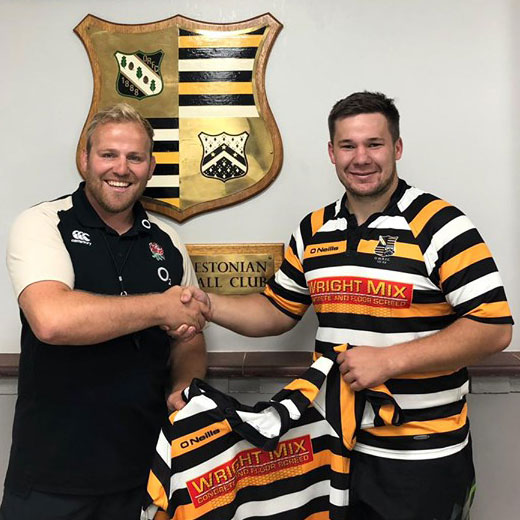 Elliot has had a year away from the club where he played a pivotal role in his University’s League winning season.

Elliot has just completed a year in Spain studying Strategic Management, where he played for Bathco Rugby Club. Whilst out there, he managed to win promotion to the top division in Spain ‘Division de Honor’.

Canty said “Having played throughout the junior set up at the Wyggs, I’m excited to get a full season with the senior team after a few years away at Uni and then last year spending the season in Spain.

Obviously, there’s an abundance of front row players knocking about at the minute which is awesome. I’m enjoying training and playing alongside them all and it’s great for us to push each other for places in the team.

It was great to see the success of the club last year and I’m looking forward to getting back out there with the lads and following it up with another top season, showing this league what we can do.”

Dale Ager (Forwards Coach) revealed “It’s great to get Canty back in great nick, he’s a strong dynamic ball playing tighthead and a very strong scrummager this matched with his fantastic fitness test results will stand him in good stead for the season ahead.

He’s played at the club all throughout the junior ranks so it home from home for him. I look forward to working with him and watching go from strength to strength.”