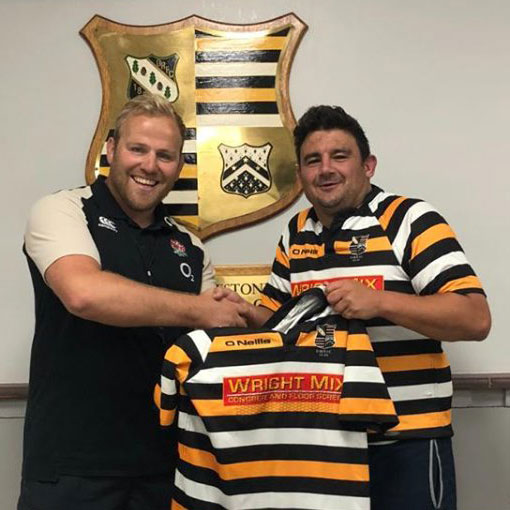 It’s a great pleasure to announce the signing of Harry Ellis. Harry won 27 Caps for England and 1 Test cap for the British & Irish Lions before having to retire at 28

Dale Ager (Forwards Coach) revealed “It’s great having Harry around the club, his vast experience and willingness to share his knowledge with the lads is fantastic. He’s been working really hard this pre-season to get himself fit and it’s starting to show. Having been around the club for a few years now having the odd runout for the President team & social member.

He’s got his bite back and wants to play more regularly, which is fantastic as a coach to have a player of his calibre available for us to select.

We look forward to seeing him in action in the next couple of weeks.